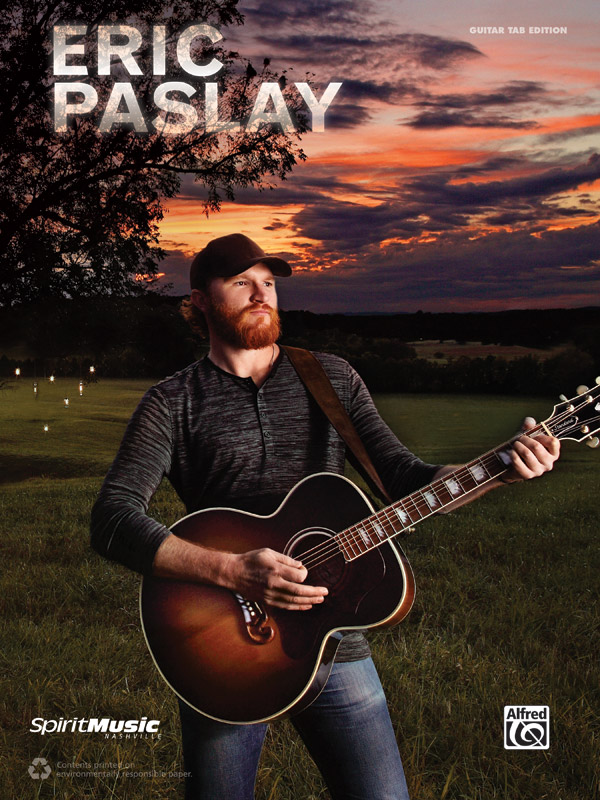 Crashing into the scene with a set of solidly penned country tunes, Eric Paslay is Nashville's latest song-slinger. Though not completely new to the game---he's already written Billboard No. 1 songs for such artists as Eli Young Band, Love and Theft, and Jake Owen---his debut album Eric Paslay is a catchy and sometimes wistful collection, portending of great things to come. This folio contains guitar TAB transcriptions of all the tunes on the album. Plus, as a bonus, the No. 1 songs that Paslay wrote for other artists are also included as well as a section with song lyrics. Titles: Keep on Fallin' * Friday Night * Here Comes Love * Angel Eyes (as recorded by Love and Theft) * Country Side of Heaven * Song About a Girl * Good with Wine * Rewind (as recorded by Rascal Flatts) * Less Than Whole * Like a Song * Barefoot Blue Jean Night (as recorded by Jake Owen) * Never Really Wanted * Deep As It Is Wide * She Don't Love You * Even If It Breaks Your Heart (as recorded by Eli Young Band).
Eric Paslay